Screenwriting Intensive “To make a great film you need three things – the script, the script, and the script.” – Alfred Hitchcock

At this one-week screenwriting intensive, students will be immersed in all elements of storytelling. Students will create their own unique script, collaborate with fellow writers, and depart with the narrative tools to be successful in the evolving multi-platform storytelling world.

Final Draft Software is included with the program cost.

All students are required to be fullly vaccinated (meaning a person has received their primary series of COVID-19 vaccines) in order to participate in our program.

To participate in this exciting program, students must be entering grades 9-12 as of Fall and/or are a recent high school graduate. No prior experience is necessary in order to participate.

This program is open to the first 16 students who complete the registration and pay their deposit. A waitlist will be created once we reach capacity.

Check out the program schedule from our 2021 session below. Please note that this schedule is subject to change at any time at the discretion of the instructors. 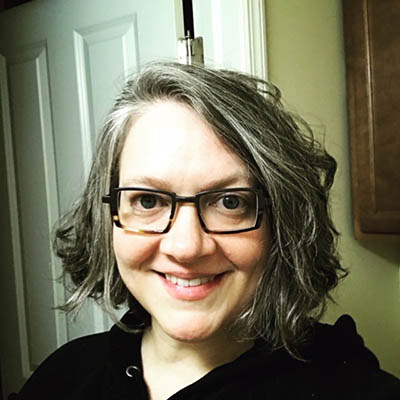 Elise D’Haene is a novelist, screenwriter and editor. Among her screen credits, she was a writer on Disney’s The Little Mermaid II and penned several episodes of the Showtime series Red Shoe Diaries and Chromium Blue. She was a story editor for the NBC series Wind on Water and has written or co-written dozens of pilot scripts for Disney, FOX, FX, NBC and ABC, among others. She also wrote several feature films and was a writer on the feature Sunstorm. Her first novel, Licking our Wounds, won the Small Press Book Award at Book Expo in Chicago and she won the Hemingway Award for her short story, Married. D’Haene has two television series in development, Tell Me Everything and Luna Bay.

Registration and payments will be handled through our easy, user-friendly online registration platform, CampDoc. Visa, Mastercard, Discover and Electronic Checks are accepted. Payment plans are available. Students receive a t-shirt, swag bag, and ID holder with their registration.

Non-Refundable Deposit:
A non-refundable deposit of $100.00 is required to reserve your spot in the program. Please review our FAQs for the most up-to-date information on cancellations and refunds.

Available Discounts:
1. A 30% tuition discount is currently offered to Point Park University employees, alumni, and their immediate family members. Family is defined as yourself, your spouse, and/or your children. Room and board costs are not available for this discount.

All classes will be held on campus at Point Park University. Classes take place in the University Center. Students will find inspiration in this historic on-campus location under the guidance of established screenwriting professionals.

Students are encouraged to bring their own laptop to our program. If students do not have access to a laptop, please notify the Department of Community and Summer Education to obtain a lender.

Once registered and paid, each student will receive a unique access code to download Final Draft onto their laptops ($130 value). It is important that this software is downloaded PRIOR to the start of the intensive. The option to live on campus during this program is available to students at least 14 years old.

Each residence hall has multiple points of secure access to student living areas, such as keycards, access codes, and lock and key.

Adult resident advisers live on campus to supervise students who are minors. Each adviser is responsible for eight to ten minors. Parents of participating students or current Point Park students may apply to serve as a resident adviser. A limited number of positions are available. Interested parties should reach out to our department for more information.

As an undergraduate student at Point Park, you’ll have access to opportunities only a world-class city can offer — and few universities can match — for a real-world, career-oriented education. Consider a B.F.A. or B.A. in Screenwriting.