Google "CSI Summer Camp" and Point Park University will often be at the top of the list. For several years now, high school students and their parents across the nation are finding Point Park's annual CSI summer camp through a simple Google search.

"It was great to see students from different parts of the country working together," said Edward Strimlan, M.D., assistant professor and coordinator of the forensic science program.

During the four-day camp, students learned about careers in forensic science, criminal justice and intelligence and national security; investigated mock crime scenes in the CSI House on campus and conducted labs on blood splatter, fingerprints, hair analysis and impression evidence.

They also engaged the students in a mock courtroom trial and a Ninja/Shinobi fighting lesson.

"Our department represents that amazing intersection of academia and the real world. I think students really appreciate the chance to learn about theories and principles and then put them into practice in hands-on environments," Martin said.

"It is never too early for high school students to begin thinking about their career choices and academic opportunities. This CSI camp provides a realistic look at careers in forensic science, intelligence and criminal justice professions," Linzer explained.

"Television and film have created fantasized images of these professions and the CSI camp helps students to envision themselves in real-world situations and careers," he added.

The CSI camp wrapped up with the students giving group presentations on crime scene scenarios, watching a video of a real autopsy, a game of forensic jeopardy and an awards ceremony in which parents were invited to attend.

Forensic Science Majors Share Their Passion for the Field

"I decided to volunteer because it's a great opportunity to show younger students what forensic science is all about and introduce them to the Point Park community," said Berardelli. "I'm a science nerd so I love everything about forensic science."

Berardelli's career goal is to work in a serology or toxicology lab while Lukaszewicz wants to be a forensic investigator.

This was Lukaszewicz's second year volunteering at the CSI camp. "The camp allows us to share our passion for the field with other students while helping us as forensic science majors retain what we've learned," she said.

Berardelli added: "I love having Dr. Strimlan as a professor. He has a lot of experience in forensic science and he brings that into the classroom to show us what working in the field is going to be like. That's the great thing about Point Park. All of the professors have so much experience in their fields. This is one of the main reasons I chose to come here."

What High School Students and Parents Had to Say

"I'm obsessed with CSI shows so I wanted to see what it's really like in the real world. I want to study forensic chemistry or intelligence and I am considering Point Park. I enjoyed being around new people and experiencing the vibe here. All of the activities at this camp were so different." - Lexi Loughner, junior at Penn-Trafford High School in Harrison City, Pa.

"My mom did a Google search and found this camp. The blood splatter analysis was really cool because we learned how to figure out almost the exact point of where blood comes from in a crime scene. It's been awesome." - Ellen Sandige, junior at Eastlake High School in Sammamish, Wash. (near Seattle)

"Forensics is a mix of every single science so that's what I like about it. I also really enjoyed being a defense attorney in the mock trial. One of my career goals is to become a detective." - Jacob Terkel, sophomore at Mt. Lebanon High School in Pittsburgh, Pa.

"My daughter is interested in forensic science so I wanted her to go to this camp to make sure this is definitely the career field she wants to pursue." - Diana Catalano, mother of Adriana Catalano, a senior at Winchester Thurston School in Pittsburgh, Pa.

"Devin has expressed interest in forensic science since he was in sixth grade. This past fall, we started Googling CSI summer camps and the one that made the most sense to us was this camp because it was really informative. We are definitely considering Point Park so I've encouraged Devin to build relationships with the faculty here." - Deanna Wadley, mother of Devin Wadley, sophomore at Washtenaw Technical Middle College in Ann Arbor, Mich. 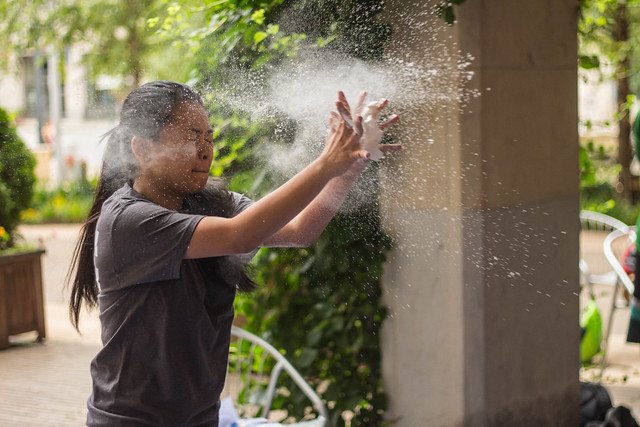