For their final project in the new History of American Music core curriculum class taught by Assistant Professor of History Jehnie Burns, Ph.D., students chose songs and designed cover art centered on a historical theme they are passionate about.

“I chose the theme ‘American Protest Songs.’ It was interesting to research the large number of songs about protesting various types of injustices in the United States. The cover art I created showed photographs of protests in the United States as far back as the Women’s Suffrage Movement,” explained Shawn MacIntyre, a junior history major who graduated from Peabody High School, now Pittsburgh Obama Middle School.

MacIntyre added: “I am a history major and musician so when Dr. Burns spoke about the class last semester, I was instantly hooked. The class has been amazing. I have learned a great deal about American music and musicians.”

According to Burns, the class brings together a wide variety of majors at Point Park University — from history and sports, arts and entertainment management to musical theatre and broadcast reporting.

“The History of American Music is a fun way to teach students grounded cultural analysis and prominent themes in American history. Students relate to music and enjoy the opportunity to take something they love and think about it in a more academic way. We’ve talked about everything from Broadway to rap to gospel,” Burns said.

Another assignment students were given in class was to attend a live music performance and analyze both the band and audience.

Quinn Baumeister, a senior creative writing major from Bel Air High School in Bel Air, Md., watched her father’s cover band perform and wrote in her paper, “I think this night was a good example of the music culture in America that we often overlook, and it’s that music at its core is meant to be a social thing. Yes, you can listen or play alone, but it is meant to be performed and shared. Whether it be going to an arena show, sharing a new album with your friend on Spotify, or sitting in a tiny bar listening to your dad and his friends play, music brings people together."

Burns also invited SAEM Associate Professor and long-time concert promoter Ed Traversari, M.B.A., into class as a guest lecturer. He spoke about the evolution of concerts and how The Beatles started the live concert experience.

“Prior to the Beatles coming to America we never really experienced concerts as we do today, with larger sound and light systems and production in general.  I also discussed how concerts have changed from the days of The Civic Arena and The Stanley Theatre in the 1960s and 70s to the venues of today like Stage AE and Key Bank Pavilion,” Traversari said.

For sophomore public relations and advertising major Kelsey Wolfe, the History of American Music class has been a great experience.

“I’ve never been someone who has been particularly fond of history courses, but the way Professor Burns teaches caught my attention and I’ve learned so much,” said Wolfe, who graduated from Brownsville Area High School in Brownsville, Pa.

Wolfe added: “This class was my favorite this semester. It’s not every day you get to listen to music as part of your course!” 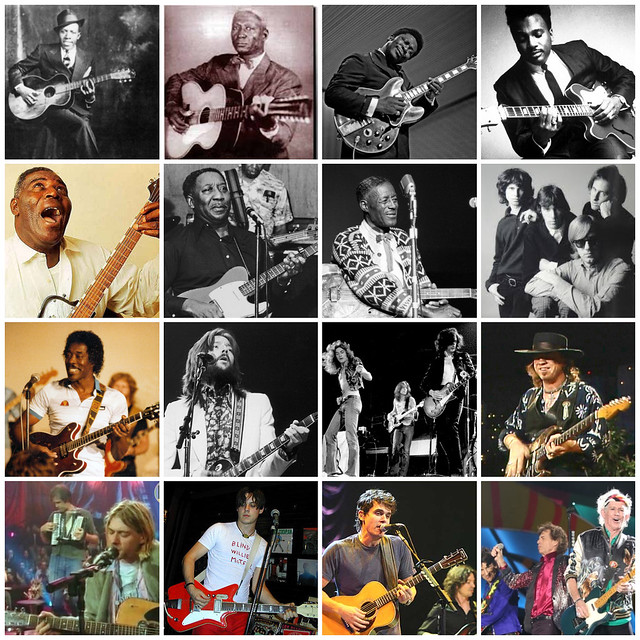