At the 2018 annual CSI High School Summer Camp held at Point Park University July 10-13, students learned that the forensic science field goes beyond what you usually see on TV.

“I Googled forensic science camps and thought this one would be cool. This week I learned that true forensic science is not like the TV shows. The field is a lot more technical, whereas TV simplifies it. I’m definitely interested in a career in criminal justice, particularly forensic sketching, and I am considering Point Park. The professors here are really knowledgeable about their fields,” explained Jacque Shockey, a senior at York Suburban High School in York, Pa.

“This year’s camp was probably the best so far. The students again came from not only the Pittsburgh region, but the entire country. They brought many different points of view and interests,” said Edward Strimlan, M.D., assistant professor and coordinator of the forensic science program at Point Park.

Additionally, faculty and staff from the Department of Criminal Justice and Intelligence Studies including Trudy Avery, Michael Botta, Blase Kraeer, Richard Linzer, Sean Elliot Martin, Andrew Richards and David King presented to the students on topics such as ethics, fraud, intelligence and more.

Students also engaged in a mock courtroom trial and a Ninja/Shinobi fighting lesson.

“I’ve always had an interest in forensic science and forensic psychology. When my mom told me about this camp, I really wanted to go. My favorite part was the Ninja lab. I learned some pretty cool self-defense moves. Also, I liked that there was a good mix of labs and lectures,” said Cameron Corrigan, a junior at Plum High School in Pittsburgh, Pa.

The CSI camp wrapped up with the students watching a video of a real autopsy, giving group presentations on crime scene scenarios, a game of forensic jeopardy and an awards ceremony in which parents were invited to attend.

Strimlan added: “I had previously met with some of this year’s campers who have committed to our forensic science program, but I also talked with many more who are now considering Point Park for forensic science, criminal justice or intelligence. It was a fun camp, in which the entire University shined.”

Parents' Point of View on the CSI Summer Camp

“Jacque has really, truly enjoyed the camp. She tells me every night what they learned. I’m really happy to see how excited she is about it. Also, we’ve never been to Pittsburgh before so it has been nice exploring the city.” — Karin Shockey, mom of Jacque Shockey

“My daughter Lauren found this camp online and watched a video about it from a previous year. She loves science and is very interested in a career in forensic anthropology. She has really enjoyed the hands-on aspects of this camp and has come home each night excited about all the different activities. She also liked getting the chance to meet and talk with other students who are interested in the same things as her.” — Julie Culos, mom of Lauren Culos, a sophomore at Pine-Richland High School in Gibsonia, Pa. 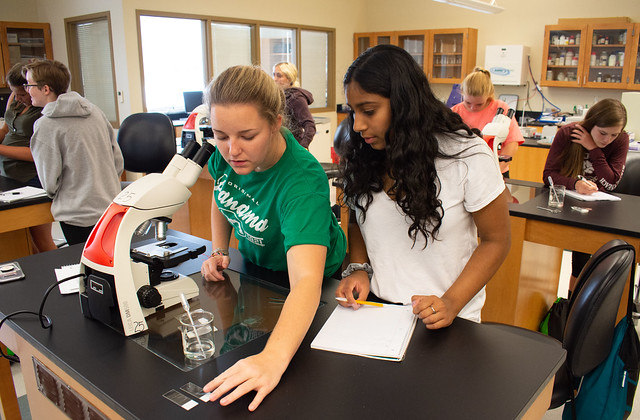