Point Park University students who conducted research this fall got the opportunity to present their work Dec. 6 at the Seventh Annual Undergraduate Research Conference held on campus.

The students, all majoring in psychology, behavioral science or global cultural studies, did literature and methodology reviews on a wide range of topics (see full list below)- from phenomenological studies on public harassment, phobias and jealousy to extensive analyses on cross-cultural beauty, sexuality and how schizophrenia and psychosis are portrayed in films.

These students will continue conducting research on their topics into the spring semester and will present their final results at Point Park's Humanities and Human Sciences Symposium in April.

"This conference allows for us to celebrate and admire student research. The room was electrifying as everyone moved from poster to poster asking questions, getting into discussions and so on," explained Robert McInerney, Ph.D., associate professor of psychology.

"My favorite part of the evening was talking with parents about their son or daughter's hard work and achievements," added McInerney.

Halling connected qualitative research with poetry in his presentation, "The Phenomenon as Muse: On Being Open to 'Friendly Invasion.'"

"The notion of openness as an aspect of phenomenology is vital. It's fantastic that this form of research is being widely explored and celebrated," said student Alexander James Porto regarding Halling's speech.

Christina Wisniewski, also a senior majoring in psychology with a concentration in child psychology and a minor in business management, researched "The Potential Therapeutic Aspects of Nature: A Phenomenological Study."

"The Undergraduate Research Conferences helps us a lot as students. We are able to show to faculty, family and friends all of the diligent work we put into our research," she remarked.

The evening wrapped up with Wisniewski and senior psychology major Nicholas Moran being inducted into the Psi Chi International Honor Society in Psychology. 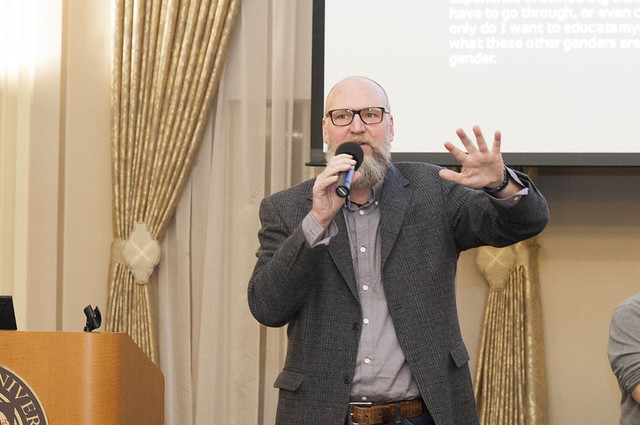